You have reached the official website of the Mars Anomaly Research Society (MARS).

This is the web portal to receive news and information about the world's leading research, education, disclosure, and advocacy organization dedicated to fostering the study and protection of the ecology and civilization of Mars.

Tonight, in a major disclosure event, the US time travel cover-up ends, as one of America’s early time-space explorers steps forward to reveal what he experienced and what he learned during the early years of time travel research and development by the United States government.

Our guest, Andrew D. Basiago, lawyer, writer, Mars researcher, and planetary whistle blower, brings his truth campaign to Coast-to-Coast AM, as he relates his childhood experiences in DARPA’s Project Pegasus, and shares with us the true history of the US time-space program.

Stay tuned, as tonight, we go in search of the past and the future, and discuss Project Pegasus, the real Philadelphia Experiment!

Andrew D. Basiago is a lawyer in private practice in Washington State, a writer, and a 21st century visionary.

He holds five academic degrees, including a BA in History from UCLA and a Master of Philosophy from the University of Cambridge.

Andy is an emerging figure in the Truth Movement, who is leading a campaign to lobby the United States government to disclose such controversial truths as the fact that Mars harbors life and that the United States has achieved “quantum access” to past and future events.

He has been identified as the first of two major planetary whistle blowers predicted by ALTA, the Web Bot project that analyzes the content of the World Wide Web to discern future trends.

Andy’s writings place him at the forefront of contemporary Mars research. His paper The Discovery of Life on Mars, published in 2008, was the first work to prove that Mars is an inhabited planet. After publishing his landmark paper, Andy founded the Mars Anomaly Research Society.

Andy is also one of America’s time travel pioneers. In the late 1960s and early 1970s, he was a child participant in the secret US time-space program, Project Pegasus.

He was the first American child to teleport and took part in probes to past and future events utilizing different forms of time travel then being researched and developed by DARPA.

For ten years, Andy has investigated his experiences in Project Pegasus on a quest to prove them and communicate them to others.

Next year, he will publish a tell-all book that will describe his awe-inspiring and terrifying experiences in Project Pegasus and the true story of the emergence of time travel in the US defense community 40 years ago.

Tonight, we will discuss Andy’s childhood experiences in Project Pegasus and his crusade as a lawyer to have the US government disclose its time travel secrets.

He will share with us the people, the places, the technologies, and the experiences that he encountered as a child time traveler in Project Pegasus, at the dawn of the time-space age!

I am leading the campaign to achieve political recognition of the fact that Mars is inhabited because we must now enact the international treaty that is required to protect the ecology and civilization of Mars from visitation, exploration, habitation, and colonization by human beings from Earth. We must remember that Mars does not belong to the people of Earth. Mars belongs to the Martians! If we fail to recognize this, then we will fail our first major test of cosmic citizenship. I believe that the people of the Earth are ready for cosmic citizenship and I believe that they are ready for the truth.
— Andrew D. Basiago 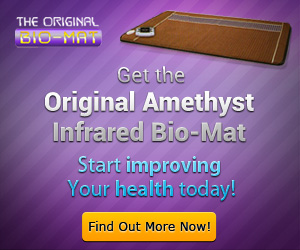